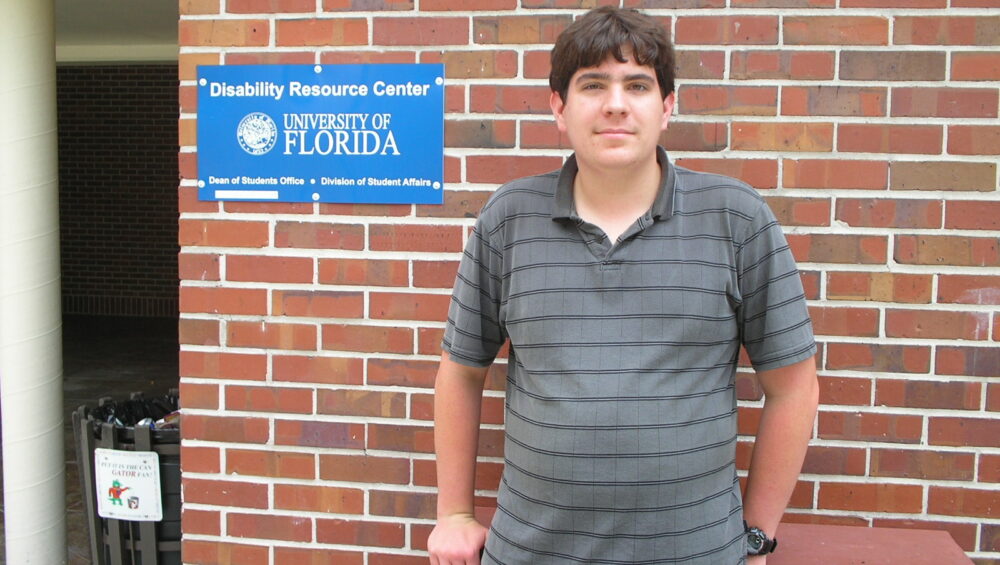 My son Richard was diagnosed with high functioning autism at the end of his kindergarten year, and our life changed. Academically, Richard did very well but socially, he had difficulty in forming peer friendships. Richard joined the High School High Tech (HSHT) program halfway through his sophomore year in high school. I was delighted that he had a group to feel affiliated with, and the training that would occur during the after-school activities on topics such as career and personal development, preparing for a job interview, writing a resume, and interpersonal relationships among coworkers – all things Richard needed to learn.

Through his interaction with HSHT, Richard formed acquaintances with other group members. The fundraising drives and volunteer events helped him learn the value of helping others less fortunate, and he got to know others with various disabilities and their worth. The program also offered Richard job shadowing opportunities, fieldtrips and the opportunity to hear from guest speakers during workshops.

Richard graduated from high school, and he choose a career based on his love of zoos and aquariums. He attends Santa Fe College in Gainesville and plans to do an internship after his graduation and find a permanent fulltime job with his Associate of Science degree. Many thanks to the High School High Tech program and the instructor Amy Tharpe for such a great start to a wonderful, satisfying career!

Richard went on to achieve his goal with a Bachelor of Science degree in zoology from the University of Florida, and a career at the Florida Aquarium.